Come Hunt With Us…. 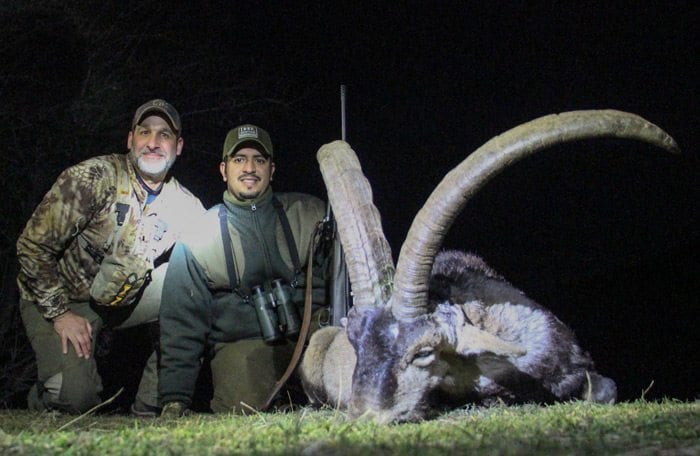 I contacted Matt after finding his website randomly through social media. He kept on sending me tempting hunting offers all around the world, but unfortunately the timing never worked for me, until this year when I planned to visit Spain to hunt the Ibex Grand Slam, Balerean Boc, and Barbary Sheep.

Matt was extremely cooperative and organised through e-mails. He planned with his Spanish partner Antonio (Iber Hunting) everything for the 14 days journey from routes, accomodation, flights within Spain, and videographer to film the whole journey upon my requested in a really short period with a great deal.

Once we met there we had our tour visiting 6 different areas in Spain. Each area had different accommodation some were top of the line and others where above expectations to hunting standards, and what’s most important they helped me accomplish my target as I wanted. It was really one of the best adventures I have ever been to, By the end of the journey we became more of a family I’m so glad I got to meet him and Journey Hunts will defiantly be my resource for my future hunts all over the world.

Thanks a lot for all your efforts Matt, You’re the best!

Matt Guedes guides you through all the ins and outs of every part of the trip. From the booking, flights, customs, taxidermy, and the friendships made, Journey Hunts is top notch! I will be using Matt again in the near future to go to Alaska for a moose hunting trip! This trip was the best one I have ever been on in my life! Thanks Matt! 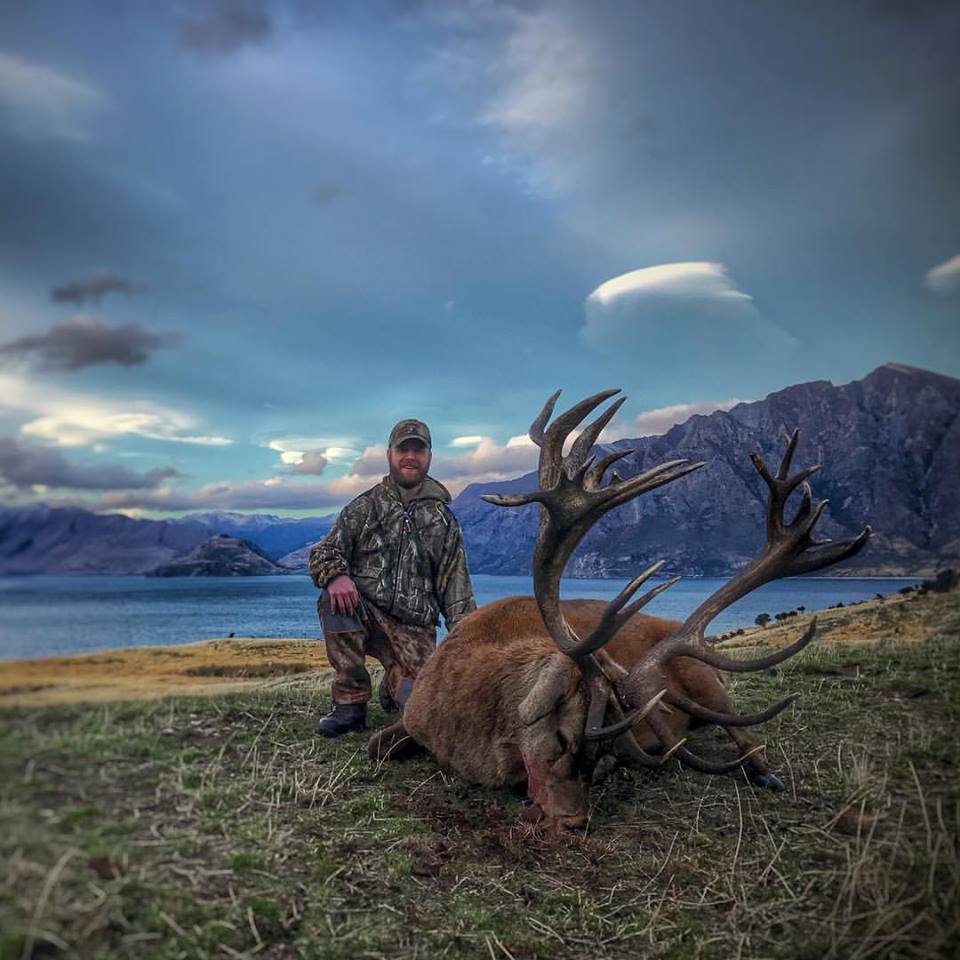 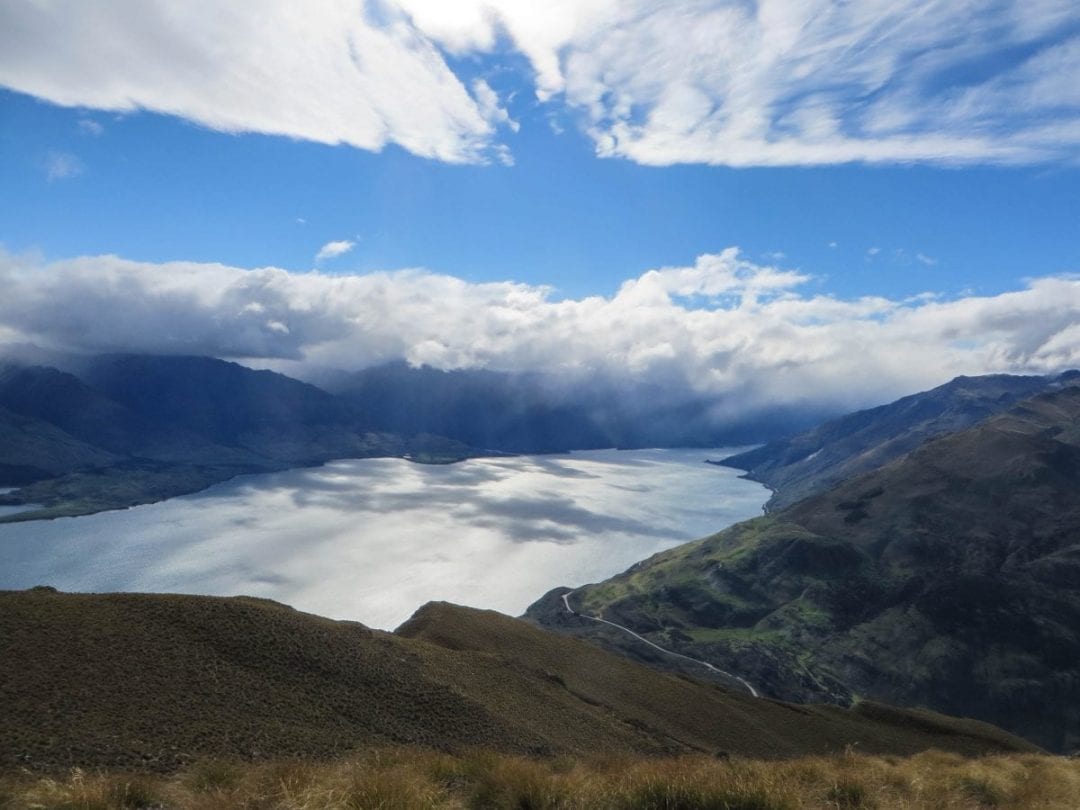 From the moment we were picked up at our hotel in Queenstown we were treated like part of the family. The evening get together and pizza night for all the hunters to gather around the fire, and enjoy the fresh cooked pizza while trading pictures of not only successful day’s hunt, but of the amazing views as well. The lodging was great, food was great, and the hunting was even better.

I met Matt in the summer of 2012. Through this friendship, I was introduced to Journey Hunts. My wife and I attended a safari party where my lifelong dream of hunting South Africa started becoming a reality. My wife purchased an auction hunt as a surprise to me. Matt and the team at Journey Hunts were there to help me every step of the way. This was a monumental task as I had never traveled outside of the United States and had never flown commercially before. As a bonus, My Father-in-law won a 5 day hunting trip to South Africa the next summer so he was able to join me on my safari. Matt met with us several times to answer any questions that we had, and we had a lot. Matt used his contacts in the industry to get us the best deal on flights and he and his son Tekoah even joined us on our trip. Having Matt with us traveling was a great benefit to us. When we hit bumps in the road, like when our first flight of the trip was delayed to the point of missing our connecting flight, Matt was able to call the right people and get us new flights to get us where we needed to be at the time we needed to be there.

Our safari itself was amazing. The accommodations were very nice. The room we were in was double occupancy with its own bathroom. The staff does your laundry daily, which really saves on the amount of clothes you have to pack. Each day you get to eat some of the game that was harvested by fellow hunters on safari with you, and let me tell you, the food is amazing.

I went to South Africa to hunt. I was amazed at the amount and quality of animals that the safari had. The very first morning, I saw over 100 animals. I was able to hunt with a Professional Hunter (PH) that was second to none on judging trophy animals and keeping me from shooting something small just because it was there. Most of the time, I was with my PH one on one. When I did have another hunter with me, I was lucky enough for it to be my Father-in-law. Between him and I, we were able to harvest 12 animals, all with a bow or crossbow. The safari and staff of trackers do not give up on finding an animal that was wounded. If the trackers need help, the owner would bring in his dogs to track the animal. These dogs are awesome and fearless. If I ever get to return to South Africa, it will be with Journey Hunts.

Matt also accompanied us on the return trip. The trip was mostly uneventful, aside from my Father-in-law almost being arrested in Doha, Qatar, for having a .22 bullet in his carry-on bag. Having Matt with us was very helpful in every aspect of the trip for us.

Matt has also been willing to help me with the process of getting my trophies home. It has been almost a year since my trip. To me, this speaks to his desire for his clients to have the best experience that is available.

Overall, I am very pleased with Journey Hunts and I will definitely use them again. Matt and his team are very knowledgeable and they will use their resources and industry contacts to help you as much as you need. I would recommend them to anyone who is wanting to hunt anyplace worldwide. 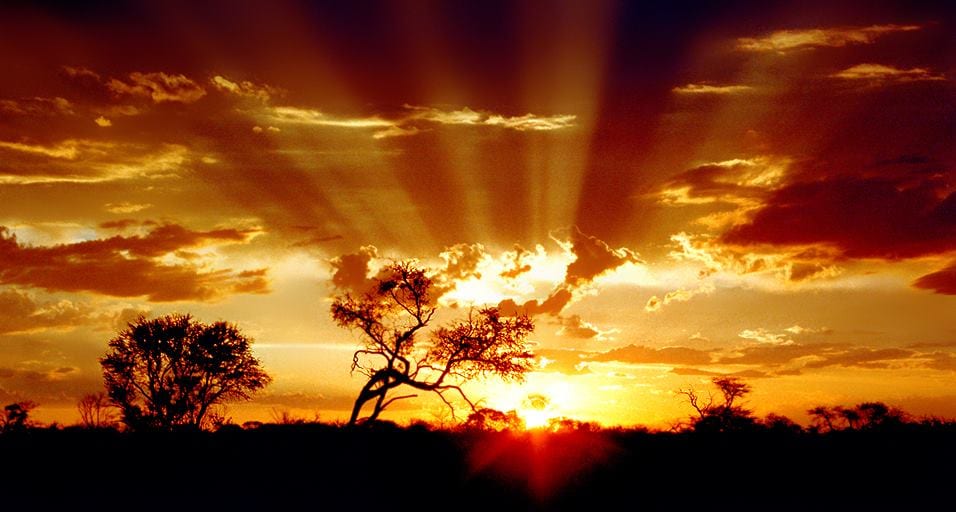 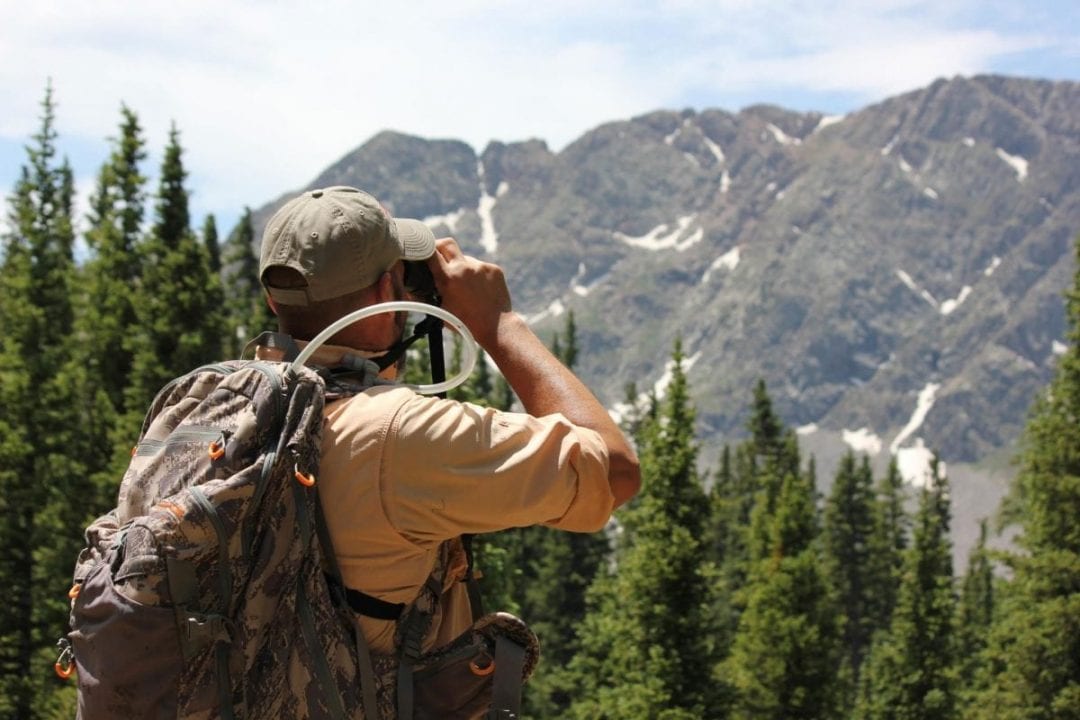 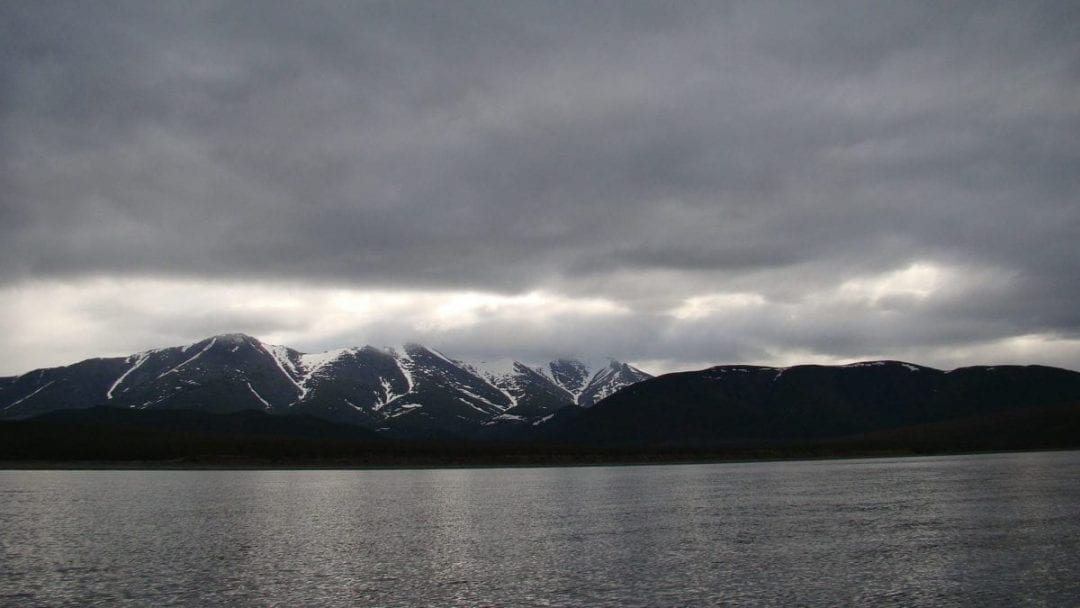 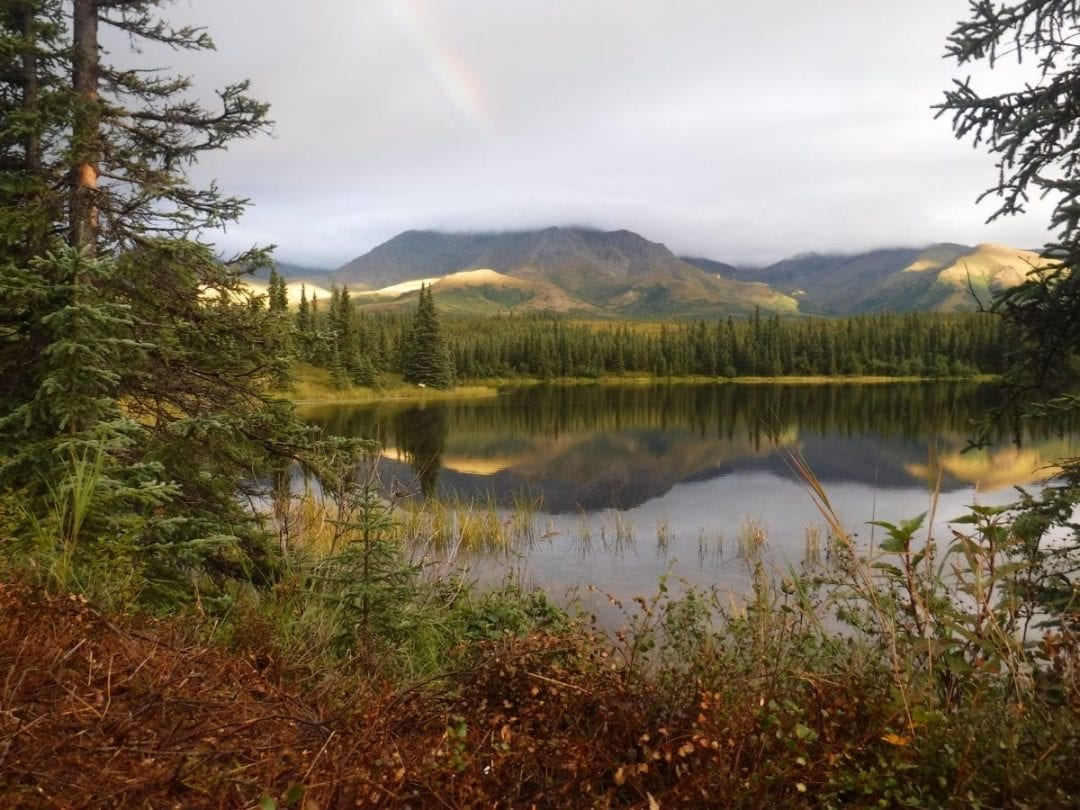 I just wanted to thank each of you for your efforts during my wife Tina and my hunting trip to your camp. This was our first trip to Africa and my wife’s first hunting trip ever. Your camp was beautiful and the staff was first class. We are already trying to figure out when we can make it back to Africa and I assure you it will be at your camp.

The accommodations at the camp were great. Our rooms were very comfortable and spacious. The meals were great! I really enjoyed our dinners in the main lodge. I will miss coming in after the days hunt and viewing all of the videos of our hunts and evaluations of our shots. It was great fellowship and I look forward to it on my next trip.

I have been on many North American big game hunts. I thought this hunt would be similar but just on a different continent. Boy was I mistaken. The amount and quality of the animals on your property was superior to anything I have ever experienced. My professional hunter Danie was very knowledgeable about the game on the property and excellent at judging trophy animals for me. He was also very patient with my wife’s inexperience and was able to help her take some great trophies. (Thanks Danie)

Your trackers at the camp were amazing!   The African animals are the toughest I have ever seen and they tend go a long way after they have been shot without leaving much sign. I would never have believed that your tracker could stay on my eland’s track for 7 kilometers with virtually no blood but he did.

You have quite an operation over at the skinning shed and we definitely kept them busy. They worked there butts off keeping up with us and did some of the highest quality hide preparation I have ever seen. That was a major concern for me knowing that I wanted to mount everything I killed. I know my trophies will look great when I get them back from Kevin.

Again, I want to thank the entire Journey Hunts Team I look forward to hunting with you again in the near future.

Thank you Matt for the hunt of a lifetime. Not only did you put me on world class animals, but the hoops you jumped through to get me there and make this experience possible blew me away. If every hunt you put together operates at this level, I can’t wait to hunt with you again. No complaints about any aspect of this hunt. The logistics were first class, the lodgings were top notch, the animals were world class and the memories will last a lifetime .

First class service. Matt went above and beyond anything I could have expected to help me have a great hunt. Both leading up to the hunt and while in the field. There can never be enough praise and gratitude for Matt’s service and support.

Outfitter Services: Great quality of animals. Plenty of top-notch, trophy animals and great diversity. Very professional and friendly. Everyone was eager to help and make the experience great. Good setups and locations. PHs had good knowledge of what animals frequented each site. Plenty of opportunities to harvest game.

Lodging:  Outstanding. All people and lodgings were top notch. All facilities were clean and well kept and staff was always courteous and professional. Food was good. I would have preferred more wild game, but everything was very tasty. There was always enough food and requests were always welcome. Very professional and friendly. Everyone was eager to help and make the experience great.
| 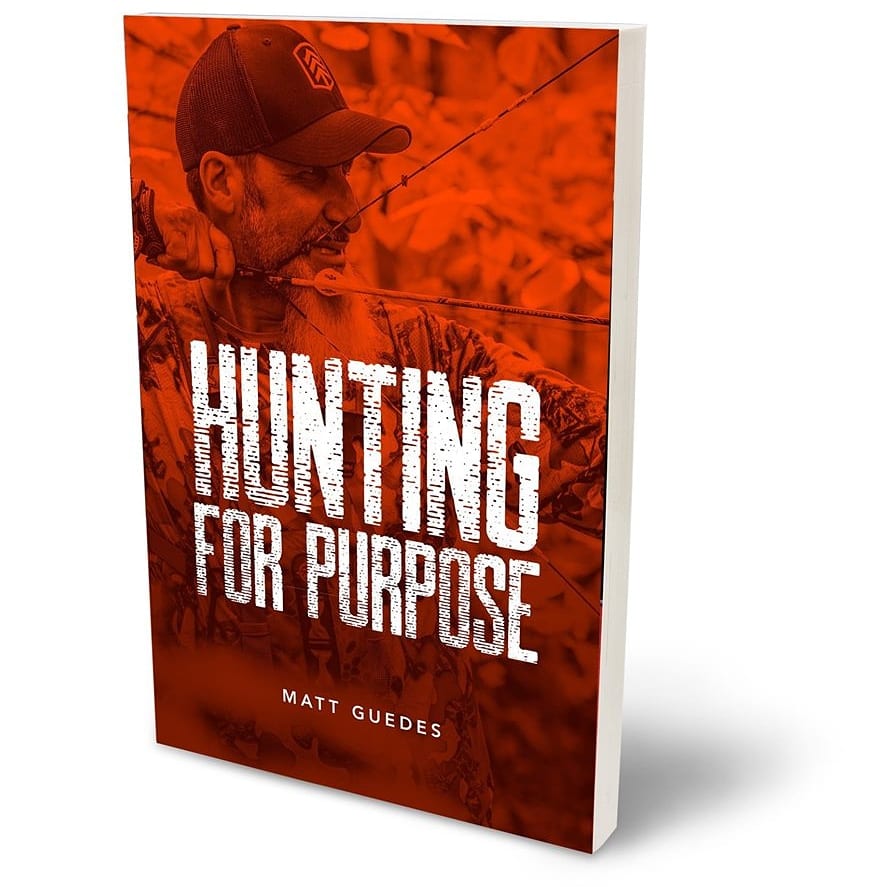 Hunting For Purpose by Matt Guedes

Whether you are an avid hunter or just an outdoorsman or woman you are going to want to follow Matt Guedes’ epic journey through life as experienced through his world travel and hunts.  Matt takes us back to that very first arrow that was shot down range and shares with us his Life’s Journey that is centered in Christ and carried out through his shooting and hunting experiences.  Follow Matt from his beginning days in the hardwoods of Pennsylvania to his trip to South Africa, New Zealand and literally the ends of the earth. All these adventures come with Biblical life lessons that he learned along the way thus making it genuinely Life’s Journey.

Get You Copy Today