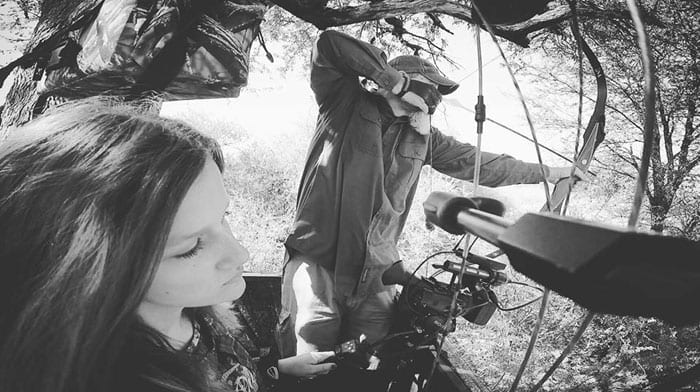 I’ve been filming my dad’s hunts for years. It still amazes me to see how far the cameras have come. When I first started filming I used an old cannon hand held camera. The quality at the time was amazing. Looking back at it now, I don’t know how I functioned.

Filming hunts is actually one of my passions. Yes, being the hunter is fun, but filming someone hunting is just as fun. You get to watch the hunt through the lens of a camera, you see the same thing everyone else is seeing from a different perspective.

The hunts usually start in the morning.  You get set up in the ground blind, tree-stand, or even just on the ground. The first thing I do is set up my cameras while the hunter is setting up their bow.

Once we’re settled in, we begin.

I make sure to film an interview before the hunt. I ask the hunter to state their name, where they’re from, and talk about this hunt. I then go on to film the scenery, animals, and the hunter. Once the animal that the hunter wishes to shoot comes in, I make sure all of the cameras are on. You have to make sure you don’t miss a single moment of the hunt.

It’s very important to have a good camera. It has to be great quality and have a great zoom. It also needs to have a great microphone on it.  If it’s an external mic, you need to make sure it has a wind resistant “windscreen” or a “cover.”  You also want to make sure your camera is on a tripod and is level so that the final video will turn out professionally.

Filming the hunt is just as important as the hunter shooting the animal. It gives you a chance to talk about and promote your sponsors. Using the products you’re sponsored by is very important.  Not only should you have pictures of yourself using the product, you should also take videos of you using it in a hunting scenario. Anyone can take a picture and say how great a product is. You have to show the quality and the durability of the product. 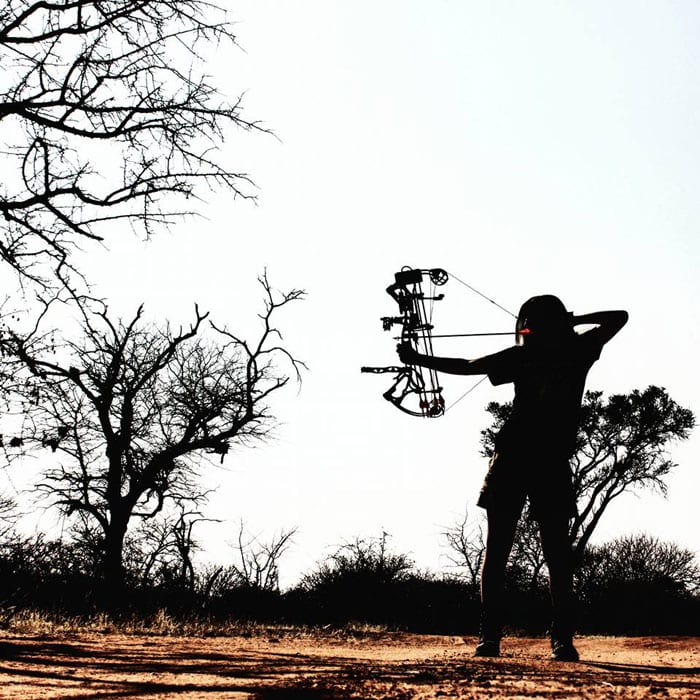 I had the opportunity to go to South Africa in 2015 with my father, Matt Guedes, for a month. While I was there not only did I harvest some amazing animals, I also got to film some amazing hunts for amazing people. One of the hunts I got to film was very special for me. I got to film my dad shooting an exceptional impala with the bow. Yes, it’s just an impala, but I got to film my dad on the hunt.  I learned so much about scoring the animal and saw how vultures react to a kill in the heat of the day.

The hunt started off in the morning. My dad, our friend, Jonathan and I got up and packed our Bear Archery bows. The three of us got on the safari truck and headed out to the “Hide” (Ground blind). Once we got into the hide we set up our bows, cameras, and got ready for the hunt. I was still waiting on a zebra, Jonathan was waiting on a good kudu and my dad wasn’t even going to shoot anything. He just always brings his bow along in case he sees something he really wants.

My dad has shot an impala before, a good one, but he saw this beautiful male walk in toward the hide.

The male impala came in with another male after some kudus and hogs. They were both trophy animals, but the first one was the impala my dad wanted. He said it was definitely bigger than the one he had harvested in the past. At the time he was testing broadheads for Grim Reaper which are now the broadheads we use all the time.  He thought what better way to test a broadhead than on one of the most common animals shot in South Africa.  My dad picked up his bow and I got steady with the camera. We turned on our GoPros and my dad focused in on the impala. A few moments later he let an arrow fly.  The impala jumped in the air and ran off. I stayed steady on the impala as it ran out of view. You could barely see it as it kicked up tons of dirt and other animals ran out at the shock of the shot. We reviewed the footage and concluded that it was a good shot. My dad was stoked. The impala’s horns had great mass and height.

We were going to let the impala sit for a while before we went to look for it, but before we knew there were vultures flying in toward the kill. My dad and I got up and headed toward the kill while Jonathan followed behind with a rifle.  My dad pointed out the arrow that passed through the impala and walked where the vultures were. Once we got closer to them, my dad spotted the impala. We then walked up to it and the vultures flew to nearby trees waiting for us to leave. The impala was beautiful. 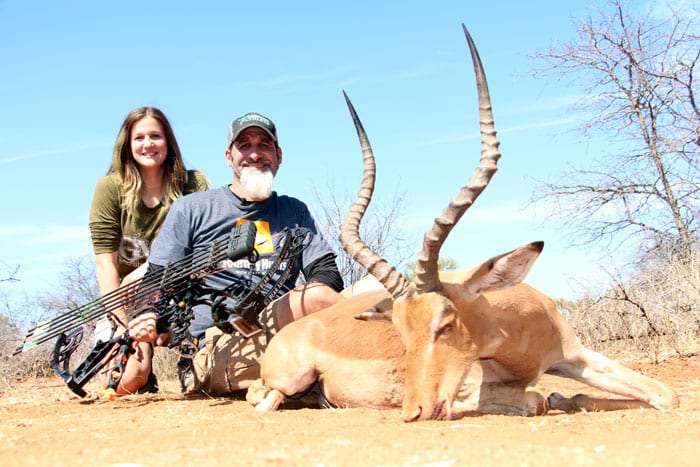 Author and her Dad with his impala.

It was a double lung shot. The Black Eagle arrow passed though beautifully with the Grim Reaper broadhead. We set up the impala for pictures and video interviews. I set up the camera on the ground to get the best angle and made sure the mics were on. Everything looked perfect for the interview. After we finished the interview it was time to pack up the cameras and take the impala back to camp.

We ate the impala the next day for dinner and it was delicious. The cooks made it with breading and fry it. It’s like a chicken strip except with impala meat.  We reviewed the footage once again in the camp with the rest of the guys who were on the trip. The footage turned out great. It was clear and steady; just how I like it. 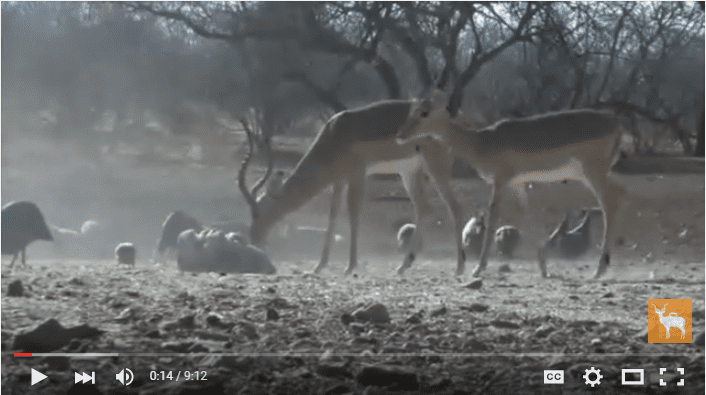 NOTE: Bowhunting.net welcomes our newest writer: Baylee Guedes. If the name sounds familiar it’s because she is the daughter of Matt Guedes who all bhn visitors and friends should be familiar with. Welcome aboard Baylee.